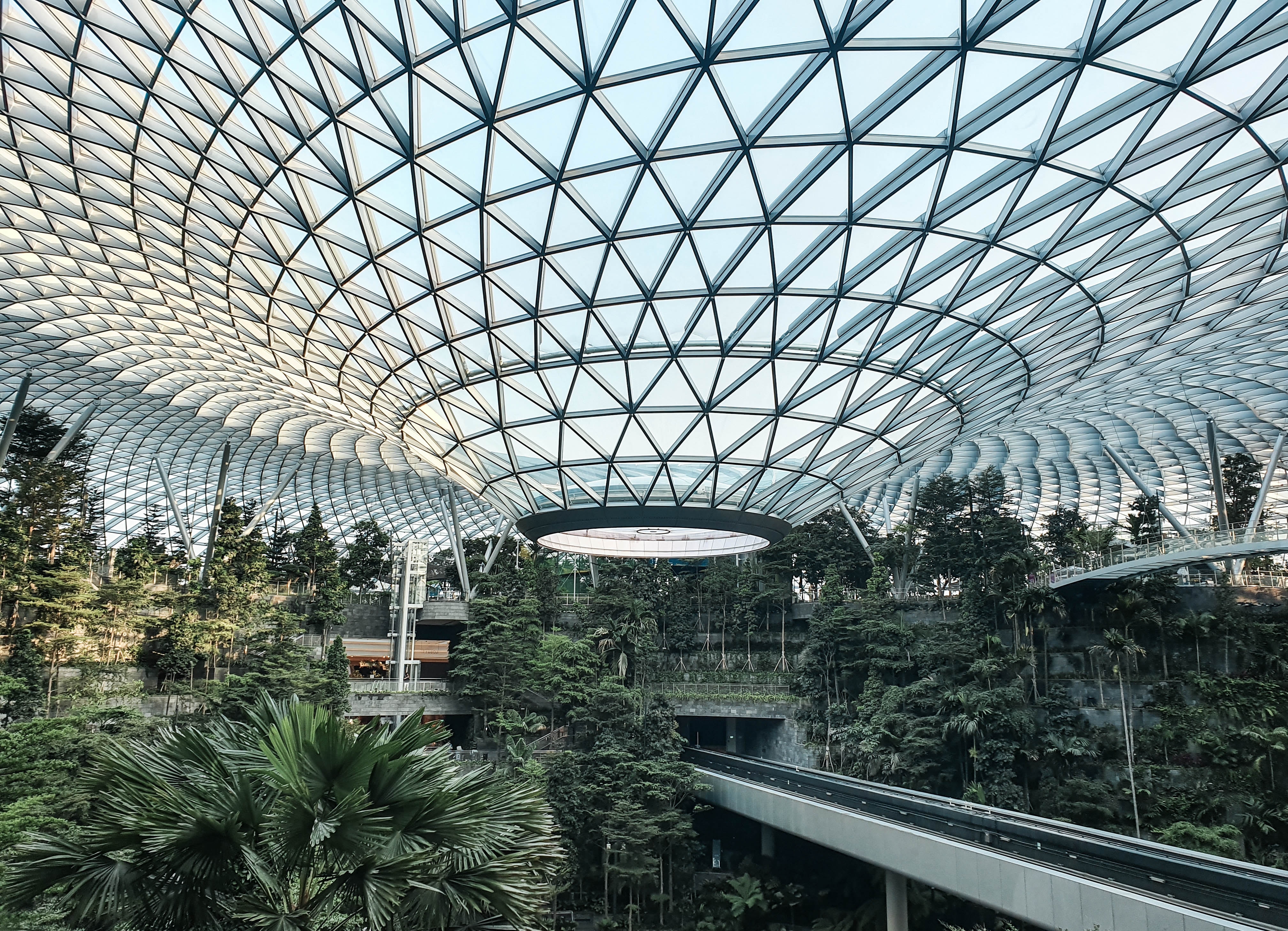 Photo by timJ on Unsplash

Building a reproducible blog with Nix

This blog is hosted by GitHub Pages. GitHub Pages, aside static HTML content, only supports building Jekyll pages natively. At some point a website like this one has to be generated, i.e. turned into static HTML content. This means Markdown has to be converted to HTML static pages (like the homepage), an archive has to be created, and RSS and ATOM feeds have to be produced. In this blog’s case, this is done by a Haskell DSL called Hakyll. More details about that can be found in prior articles.

In order to keep everything in the same place, I use GitHub Actions as a mean to automatically build and publish this blog whenever I push updates or merge pull requests.

Was this not an article about Nix?

Yes indeed it is. In order to create reproducible builds of this blog I employ the Nix package manager. But in order…

Jump to Nix on this blog if you know nix already.

Nix is sort of a hybrid tool between a package manager and a build system. The Nix homepage states:

Nix is a powerful package manager for Linux and other Unix systems that makes package management reliable and reproducible. It provides atomic upgrades and rollbacks, side-by-side installation of multiple versions of a package, multi-user package management and easy setup of build environments.

Sounds… good? What does all of that mean though?

Nix (the package manager) is built around the functional programming language nix (what a coincidence, ha?). A program, library, etc. is built by Nix as the output of a pure function. Runtime/buildtime dependencies go in mix with the sources of the package, are built in an isolated space, and output an executable or whatever you want to build. Such a function is called a Derivation.

Everything that should be built with Nix has to be described as such a function. In fact, the whole set of packages that is there is just a giant collection of functions, each defined in their own files.

The isolated manner in which the packages are built also shows in the way they are managed. All packages are installed as such:

/nix/store/
This is the nix store all packages are contained in this folder
6fgjp1wsv1w44f890f6kvwywjnc32svr
This is a hash of the producing function, it takes into account the function itself, and its inputs
It also easens binary caching.
zoxide
the package’s name
0.2.1
the packaged version
/bin/zoxide
the actual executable
actually the file structure of packages is similar to what you would normally find in places like /usr or ~/.local/

Yet, while that package might exists in the store, this does not mean it is installed or usable. — Huh?

You see, the hash we have seen right now is there for a reason. It allows to have multiple versions of one and the same program at the same time, even with the same version. Normally all packages are built according to one specific state of the nixpkgs repo. .nix files get evaluated by writing a build instruction file (.drv). This resolves all dependencies (building them if they do not exist yet), prepares the package’s source and combines those into a hash. If one instead builds it with a newer version where some dependency was updated or changed, not only this derivation hash changes, but it also happens to change the target derivation’s hash, forcing it to be rebuilt using the new dependency. The same happens if sources change. As a result, many different versions of a package can coexist in the store.

As nix functions are pure, wherever one uses the same nixpkgs instance, the exact same inputs are used to create the exact same output. Also, it makes little to no difference on which machine the package is built. The binary will be the same(ish).

Actually, there is a project tracking how many builds (of a vital subset of nix) are reproducible on two different machines.

How to install/use packages?

There are different ways to achive this. Using nix locally, the easiest but least idiomatic would be:

This installs zoxide1) globally for the current user, by linking all of zoxides contents to a special directory (~/.nix-profile/). The bin contents of this directory are on the $PATH</code> making the package’s binary available to the user.</p> <p>As mentioned this is not idiomatic Nix, which focuses on declerativity. If you want something installed, consider using <a href="https://github.com/rycee/home-manager"><code>home-manager</code></a> or add packages to your <code>configuration.nix</code> if you are on <a href="https://nixos.org/nixos">NixOS</a>.</p> <h4 class="y-header" id="local-usage"><span>Local usage</span><a href="#local-usage" class="anchor las la-anchor" title="local-usage"></a></h4> <p>If you need a program but do not want to install it because you don’t need it often and you don’t want to clutter your <code>$PATH, or it’s a project specific tool you can make use of either nix run or nix-shell.

This will drop you into a Bash shell with git available.

This will essentially do the same but can do much more.

Let’s focus on the last point for this article.

Nix on this blog

This blog uses a shell environment in which I have all the tools I need at hand. Let’s look at the structure file by file.

By default, Nix commands such as nix-build read the default.nix file in the directory they are executed from. In my projects, I use them to define and export everything that might be useful. This might include build tools, language environments, scripts or shells.

This exposes a shell environment for nix-shell and programs to be executed directy using nix-build.

So what about this blog’s default.nix?

Aside from the default, I only priorly import all-hies, which is a project that maintains the Haskell Ide Engine on Nix.

This are utilities I might use. NUR is the nix version of arch’s AUR, albeit not nearly as active sadly. From my own collection, I use the shell script which helps me putting together runnable scripts.

These lines prepare the Haskell environment I use here. I do not override anything from GHC so this is a bit superflous.

I import all third party tools (only uikit currently) into the nix store.

Then, I define the generator as a derivation from its Cabal file and the corresponding “Site” executable key defined in ./generator/. generator-with-thirdparty makes what I imported as thirdparty content available under the $THIRDPARTY environment variable.

generate-website is supposed to be a build command which, at this state, only runs generator rebuild.

Finally, I bundle everything together to build an environment with ghc and a Hoogle index containing the generators dependencies as well as cabal-install for reasons.

The shell has this Haskell environment and optionally the hie executable exposed. It also sets some exports that hie needs to properly function as well as the $THIRDPARTY variable to build the blog:

All important parts are exported.

The first file is used by nix-shell by default. All it does is call the shell attribute of the default.nix and controlling if hie is added, making use of the lazy nature of nix: hie will not get evaluated unless enabled.

The nixpkgs.nix file defines a common snapshot of the nixpkgs repo, and is therefore important to ensure everything works on other machines.

Snapshots like these also allow rollbacks as they define which versions of dependencies get passed on.

Nix has some integration with GitHub Actions through install-nix, an action that installs nix •_•

With nix installed, I run $(nix-build -A ci.compile –no-out-link) to make Nix build the blog generator and rebuild the blog’s content into build/site. This works because nix-build –no-out-link will just print the path of the resulting package to stdout, which in this case is only an executable script produced by the script function above. The next step is to take that content and push it to the deployment branch.

I previously did even more with nix but specific GitHub Actions tend to do the job well enough.

I see this has become more of a roundup about Nix. Nix is huge though.. and this article does not try to capture everything (obviously). From reading this, I hope you have a rough idea of what nix does and how it was applied here. If you knew Nix already, maybe you found something new or interesting among this pile of words and snippets. If you did not know Nix before, I hope this article was still of interest to you.

If you are hooked on the idea now, further fine grained introduction and resources are:

Thank you for getting here! I hope you enjoyed it and have learned something. If you have questions, improvements, or any other comment, do not hesitate to get in touch on GitHub.