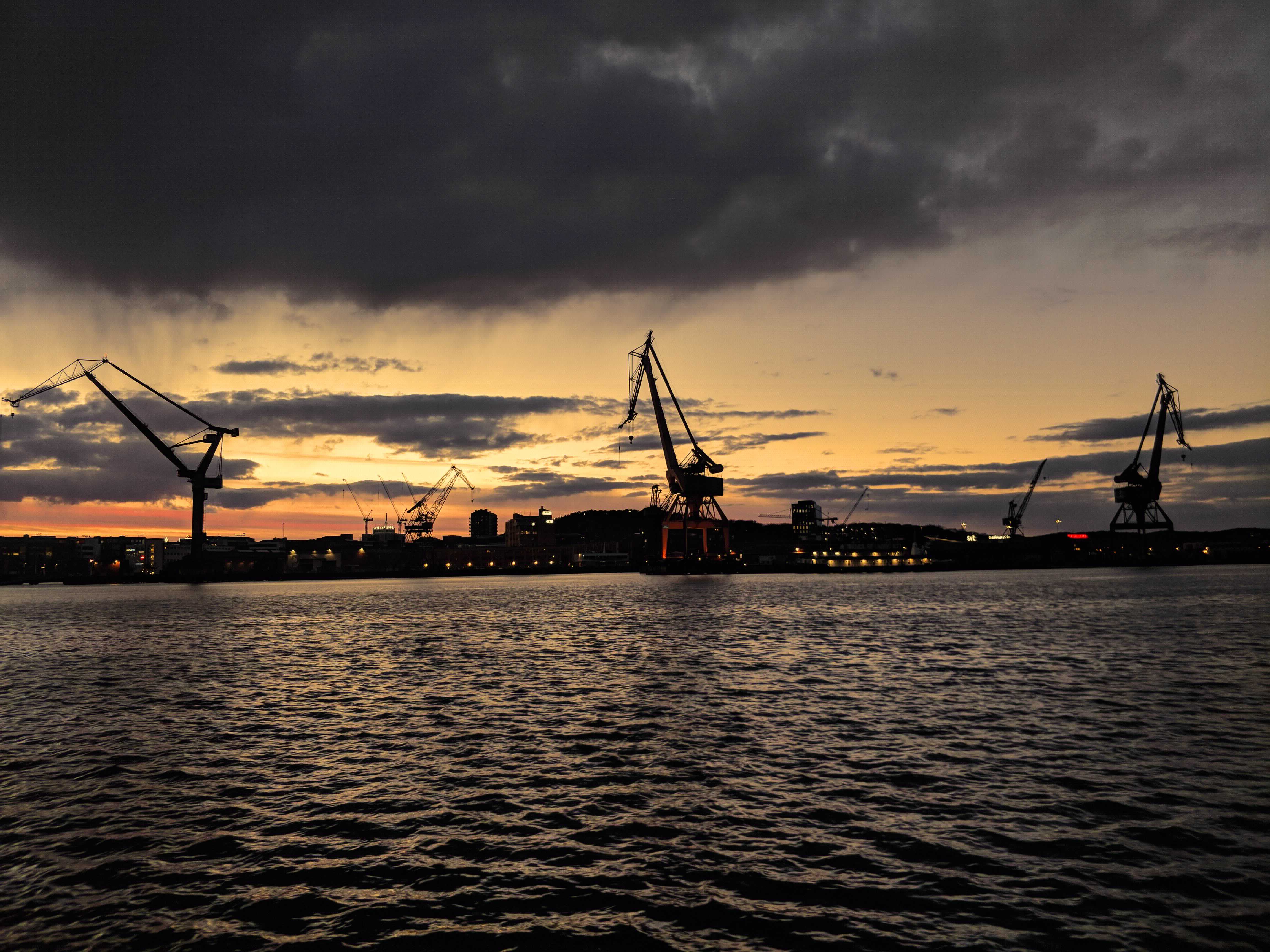 This essay was part of the DD2482 DevOps Course at KTH (open on github).

The aim was to present a topic of our interest in 2000 ± 5% words. We chose the rust build system out of interest in the language and to learn about the difficulties and implications of managing a reasonably big open source project such as the Rust Programming language.

While researching about and writing this essay, the general lack of definite and up-to-date information about the topic drove our motivation to assemble this snapshot which is supposed to cover all important steps given the word restrictions.

This essay is the product of a pair project by:

If you want to use this article, please consult either of us. A PDF version is available here

There is a lot of talk about how DevOps supposedly solves all your problems when developing software, from the features planned to how they are used in production and everything between. Even open-source projects are expected to follow DevOps principles these days. The Rust programming language is no exception.
But how does DevOps Scale for projects as massive as rust, an advanced programming language which compiles to every mainstream platform with tooling, documentation and hundreds of contributors? This is what will be explored and explained in the upcoming sections.

We start by explaining what we are looking at, before diving into the tools that ensure this project’s integrity.

According to the official Rust language website[1], Rust is a low-level programming language that focuses on performance, reliability and productivity. It extends these in the following ways:

These points together with a strong type-system and its expansive ecosystem are pointed out as the reasons for Rust being voted as the most loved programming language 4 years in a row in the yearly surveys by Stack Overflow[2].

A CI, or Continuous Integration, takes some input and performs a set of steps to output some product at the end. This often includes code reviews, automated tests, code compilation, packaging of compiled code and further validation of the packages before publishing.

Throughout this process, one of the most important aspects is to monitor these results and act on that feedback.[3], [4]

This section presents the specifics of the Rust project’s build process. We strive to present a comprehensive picture of the most important pieces, as the overall process would not get a fair representation in this limited scope. We will focus on how Rust facilitates the bors bot and its development pattern while also introducing the social interactions bot triagebot.

The Triagebot can be summarised as the people and issues managing bot of the Rust development process. Its documentation[5] explains how it achieves this:
It is the instantiator of tags on issues by being invoked by its GitHub name, “rustbot?” It also makes it easy to ping teams within the Rust organisation, for example, the documentation maintainers by tracking more than just people and issues. This makes it easier for the teams to assist without those in need of help knowing whom directly to contact, as well as for the teams to find issues that need their attention.

First, none of the main branches shows any trace of being a development branch. On the contrary, their naming (stable, beta, master) rather suggests a connection with the release. Secondly, supporting the first insight, the commit history appears very automated as well. Many commits are structured as follows:

Under closer inspection these commits become apparent as merge-commits, merging a set of changes into the master branch. All of these commits are merged by bors and refer to PR.

We see: bors automates the merging of PR. Indeed none of the commits made directly onto the master branch are by any other committer than bors.

Yet, where do these commits come from and more importantly are they even verified?

When opening a Pull Request (PR) on the rust repository, if you did not ask for any specific reviewer, the rust-highfive bot assigns a rust team member to it. This affects the assignee on GitHub as well as leaving a comment picked up by triagebot.

A GitHub Action pr will test the code on three major platforms (Windows and two Linux systems with different toolchains).

If if the action succeeds and a maintainer reviewed your code they might comment in one of the following ways:

In case of the first action (r+) we see bors commenting with something like:

This, given the tests run successfully and the change is approved, will cause bors to merge the PR.

The whole CI of the rust project is managed in a fork of the main repository. That fork lives in rust-lang-ci/rust2. It ensures that the main repository, especially its master branch, always builds without failure. Interactions with this repository are indirect and managed by bors. The two main branches that are of interest are auto and try both of which trigger GitHub Actions workflows with the same name as defined in the repository.[6]

When a maintainer approves a change (i.e. by commenting with r+) bors takes the changes and force-pushes them to the auto branch. Changes on this branch subsequently trigger the GitHub Actions system.

The auto action is the heart of rust’s CI build process. It builds and tests the rust compiler on all 57 supported platforms[7]. Most of the action sets up the CI environment including connecting to a compiler cache for intermediate built dependencies 3sccache and initializing the repository by pulling all related submodules.

Once this is done the actual build will be executed. On available platforms this is run natively. All other platforms are cross-compiled using a custom docker image.

Finally, assuming the build succeeded the produced artefacts are pushed to an S3 object storage4.

Unsurprisingly, as the build and tests need to succeed for such a large number of targets, a full CI run on auto takes two-and-a-half to three hours[8]. The whole CI runs on custom machines owned by the rust projects[9]. This means they are always available for bors, but only in a limited capacity. The extension of this is that it is not possible to run more than eight auto builds per day and thus at most eight PRs are merged every day!

The very curious reader might ask themselves now how this system is supposed to facilitate a CI workflow incorporating regular automated testing. In part, this is where the second action comes into play.

The try action, like auto is triggered by pushes made by bors targeting the try branch.

This action is structurally equivalent to the one described before. The major difference shows when looking at the build targets. Instead of 57 targets it only runs for x86_64 Linux, for it is the most widely available target. It allows a maintainer to get an idea of whether the change introduced by a PR will build as in contrast to the pr action this one build the complete rust toolchain including all tests.

With try and auto in mind one might wonder:

“Will all changes trigger a full build and test on 50+ platforms? Is that not pretty wasteful for simple changes such as correcting missspellings?”

It is and that brings us back to the PR process from before.

In Section 2.2.2.1 a maximum number of 8 PR’s per day limit was exposed. However, documentation changes and other small fixes that do not impose any notable risk to the pipeline can be bundled. These bundled PR’s are known as a rollup[10].

A rollup is initiated by a maintainer through bors’ web interface 5. It shows mergeability and the associated risk for open PRs and lets the maintainer select a group of PRs that will be queued for bors to push them onto the CI’s auto branch. This causes them to be tested collectively thus saving resources.

“The Not Rocket Science Rule Of Software Engineering:
automatically maintain a repository of code that always passes all the tests”

As stated previously, successfully running/testing on causes bors to commit these changes back to master. As the auto branch is always the latest master this ensures that the main repository is always green.
Yet, not everything on the rust repository is the rust compiler! There are some custom tools that might fail to build but do not influence the compiler. These breakages should not fail the tests. Therefore when the CI merges changes into master it runs its final action master which collects information about which tools succeeded to build and publishes them to the toolstate repository6.

Action! Or lack there off

The Rust CI is running on the GitHub Actions platform[7], but what is it? One engineer, Jonas Hecht describes GitHub Actions in a blog post[11] as the next generation CI/CD. He goes further to explain why: CI/CD has been available as file configurations for a good while now, but GitHub Actions takes it one step further with the easily accessible pre-built actions available to everyone on GitHub. He describes them as the missing Lego™ blocks for building a complete CI/CD pipeline, with close to single click interactions with code analysis and deployment tools as examples.
Yet, analysing the actions file[12] we see that there are not any GitHub Actions ran by the Rust CI. The Rust project does not need more features for their build pipeline as they have built custom tooling for the necessary parts instead, sacrificing DevOps velocity offered by this available platform to push for higher build-pipe throughput, reliability and security.

Having escaped the wonderland of rust, what did we learn?

The most unique feature of the rust project might be that most of its CI, although running through GitHub PRs, is mostly independent. First of all, it’s run in its own repository, whose master is a bot. Secondly, all the interactions with the CI happen through commands sent to a bot either in form of comments or its web interface. This extends into this bot bors performing all the heavy lifting merging PRs. And finally, although running on GitHub’s infrastructure, the actual actions are entirely implemented as part of the project.

These features constitute a unique integration of custom tooling and GitHub and make rust one of the most extraordinary open-source projects.